Calm down before bed with this nourishing and delicious chocolate chamomile moon milk. Perfect for kiddos, and for adults, too! Fits into paleo and full GAPS diets. 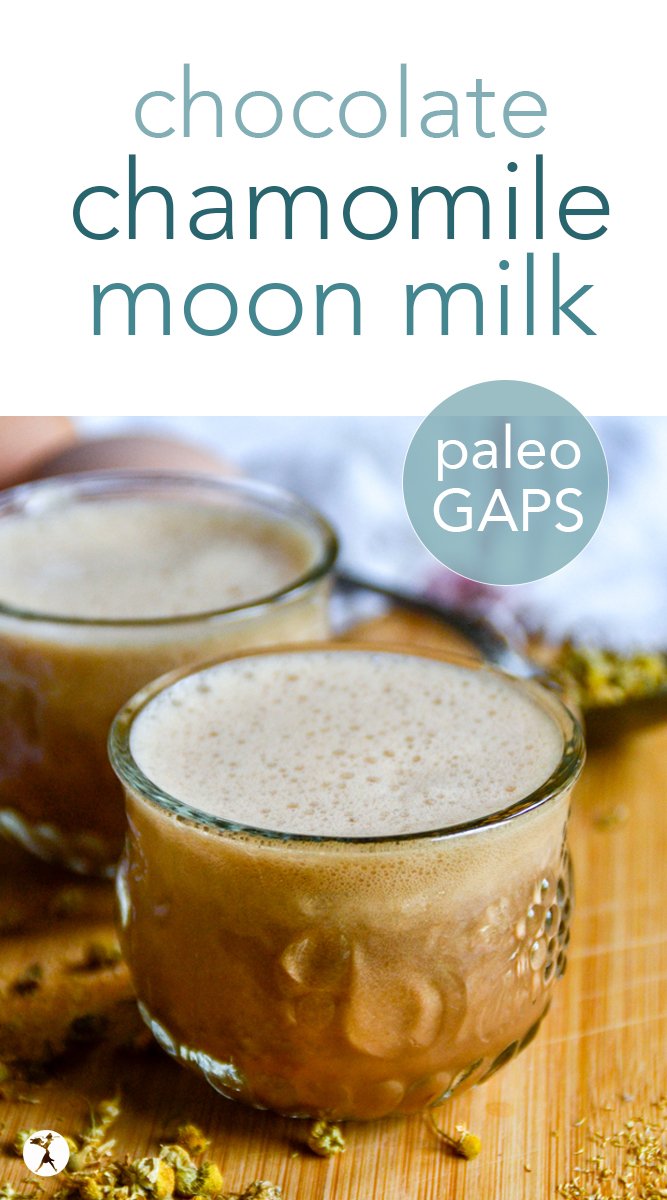 I’ve never really been one for jumping on bandwagons. In fact, I usually wait until the craze has died down to try whatever’s new and exciting to everyone else. When I first heard of moon milk a couple years ago, I brushed it off as something probably having to do with worshiping the moon or something like that. The recipes I saw seemed delicious enough, though, so I decided to dig a little deeper.

It turns out moon milk is called such because it helps calm you down and sleep more restfully. Moon milk is simply warmed milk, steeped with adaptogenic or relaxing herbs, and sweetened with honey. 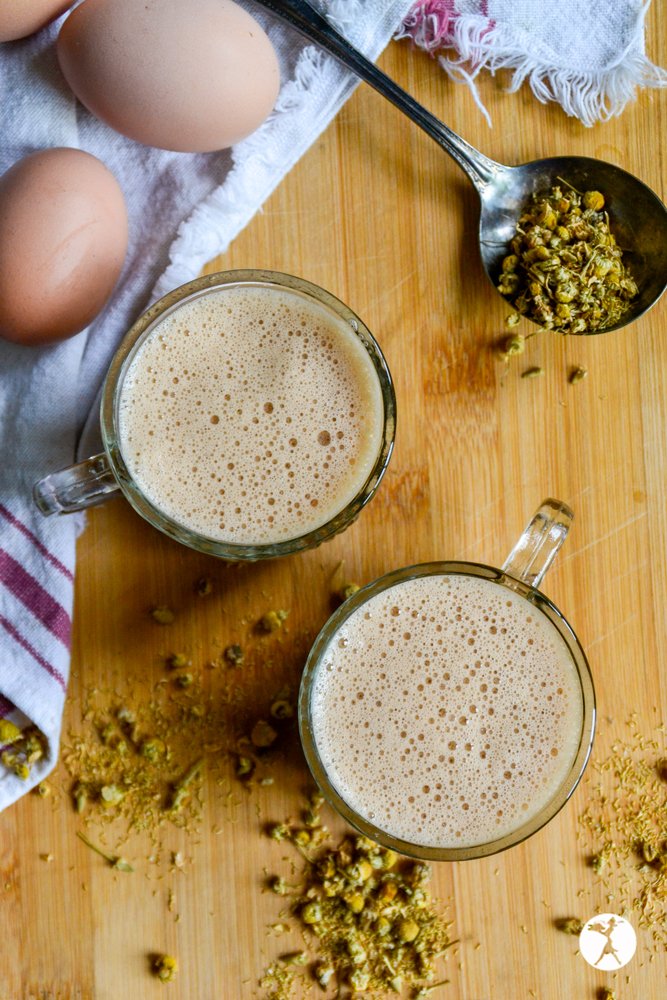 Though it’s only recently become popular in the US, moon milk has been used for hundreds of years in India. And in many countries (including the US) warmed milk has been a common bedtime drink for children and adults alike for years. It’s known to help with sleeplessness, anxiety, and insomnia. Plus it tastes good…

Since the only dairy milk my family drinks is milk kefir, I make this chocolate chamomile moon milk with dairy-free milk, like almond milk or my homemade coconut milk. It might not be quite as traditional, it does have the same effect on my kiddos. If your family can handle dairy, raw or organic milk is a delicious option that is more traditional. 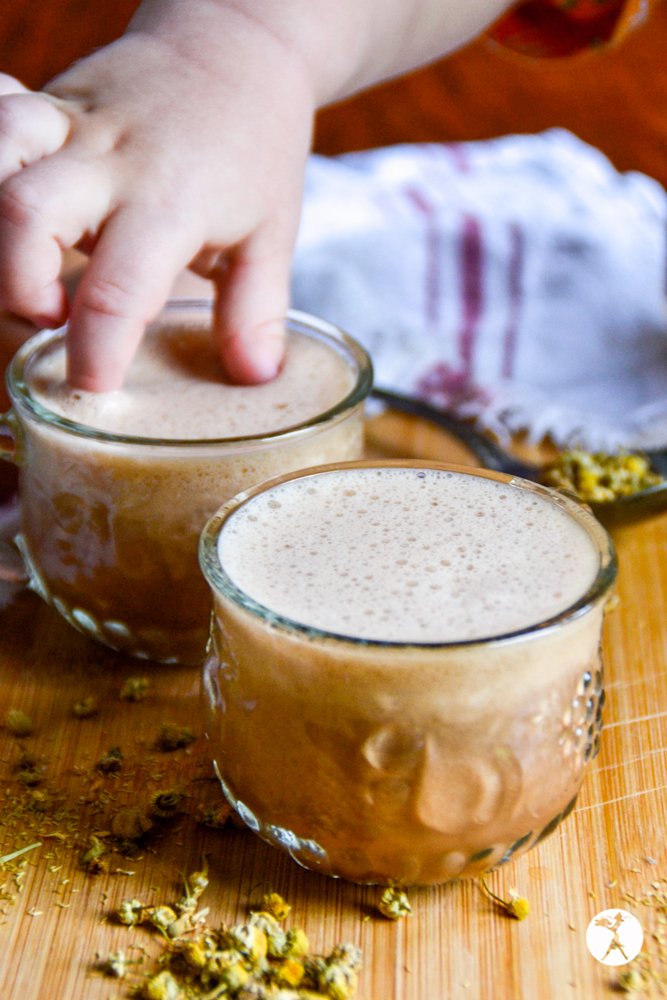 Traditionally, moon milk contains herbs like ashwaghanda and turmeric, but lavender and chamomile are also used. Since I always make this for my kiddos, I use chamomile because it’s mild and very relaxing. Chamomile has been used for hundreds of years to treat insomnia and it’s also commonly used for its calming effects. This is because chamomile contains the flavonoid apigenin, that binds to benzodiazepine receptors in the brain. Chamomile has also been shown to help calm colic in infants and eczema, as well.

Historically, chamomile has been used to treat everything from colds, teething pain, colic, eczema, and indigestion to restlessness, anxiety, and irritability. It’s the perfect soothing herb for babies and children who can’t calm down enough to fall sleep.

Just a note for those with allergies: Since chamomile is in the Asteraceae family (i.e. daisy) it shouldn’t be given to anyone who has an allergy to other plants in the daisy family. 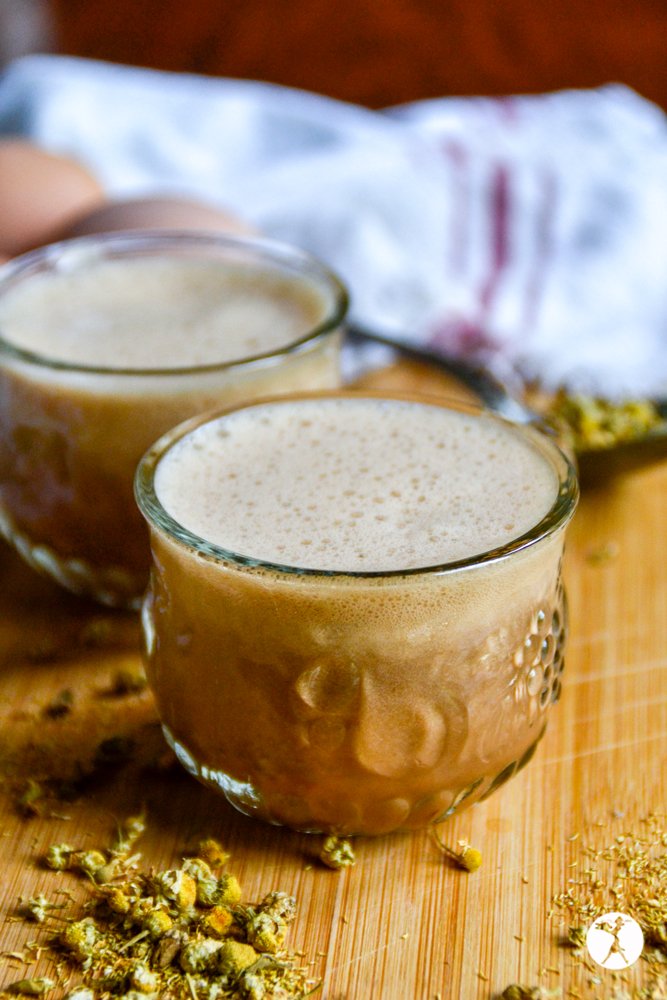 If you’re needing more drinks to nourish your body and calm your spirit, here are a few more of my favorites. They’re all paleo/primal and mostly GAPS-friendly, too. I’m including a food more moon milks from some of my blogging friends, in case you’re on the lookout for those, too. 😉

Heat the the chamomile and 1 cup of the coconut milk until simmering. Remove from heat, strain into a liquid measuring cup, and set aside.

In blender, combine the remaining ingredients. Pulse a few times to ‘whisk’ the egg yolk.

With the blender going on low, remove the lid and slowly pour in the coconut chamomile tea (if you go too quickly you’ll get scrambled eggs in your moon milk!).

If you don’t want to serve this chocolate chamomile moon milk warm, you can chill the coconut-chamomile tea beforehand and make it cold. It does have more of a calming effect when served warm, though. 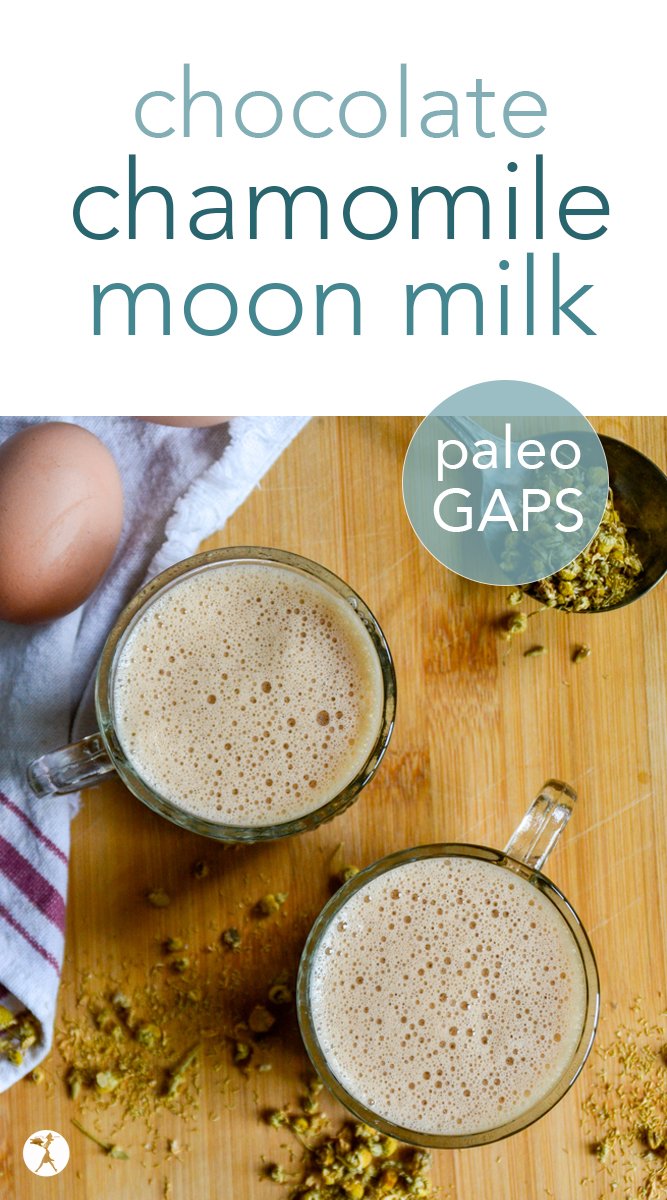 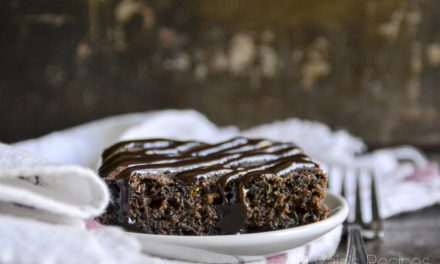 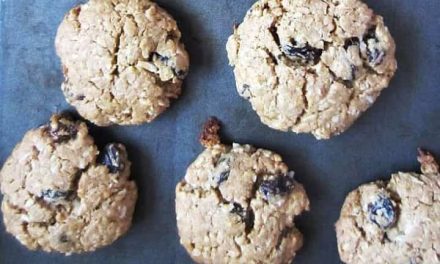 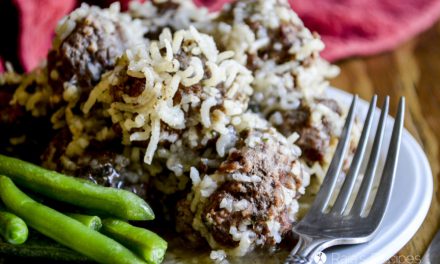