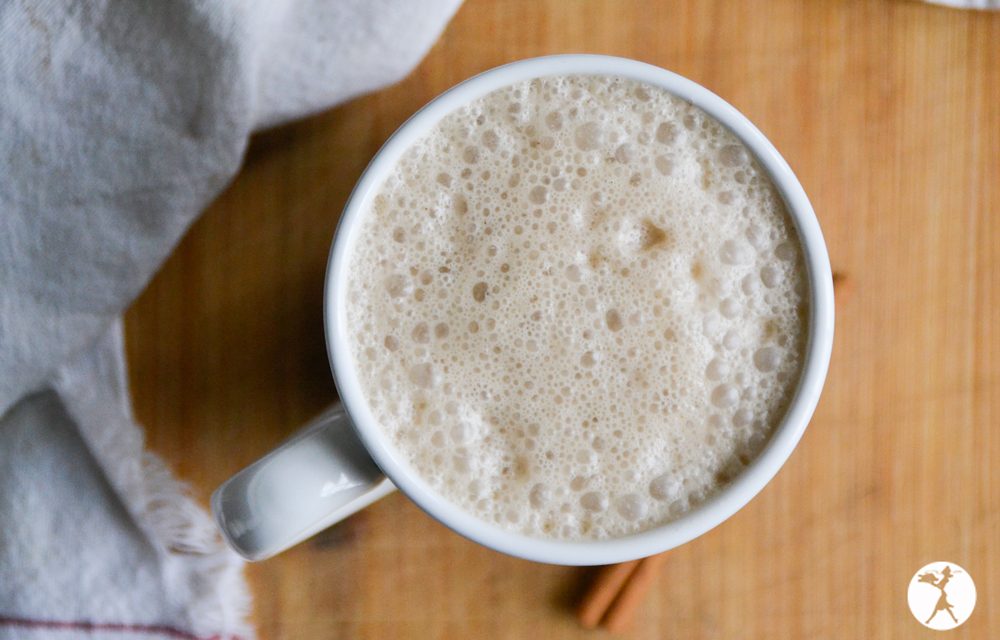 Nourishing and comforting, this Cinnamon Ginger Latte is a perfect pick-me-up on on a busy day, or a great way to warm yourself on a chilly morning. 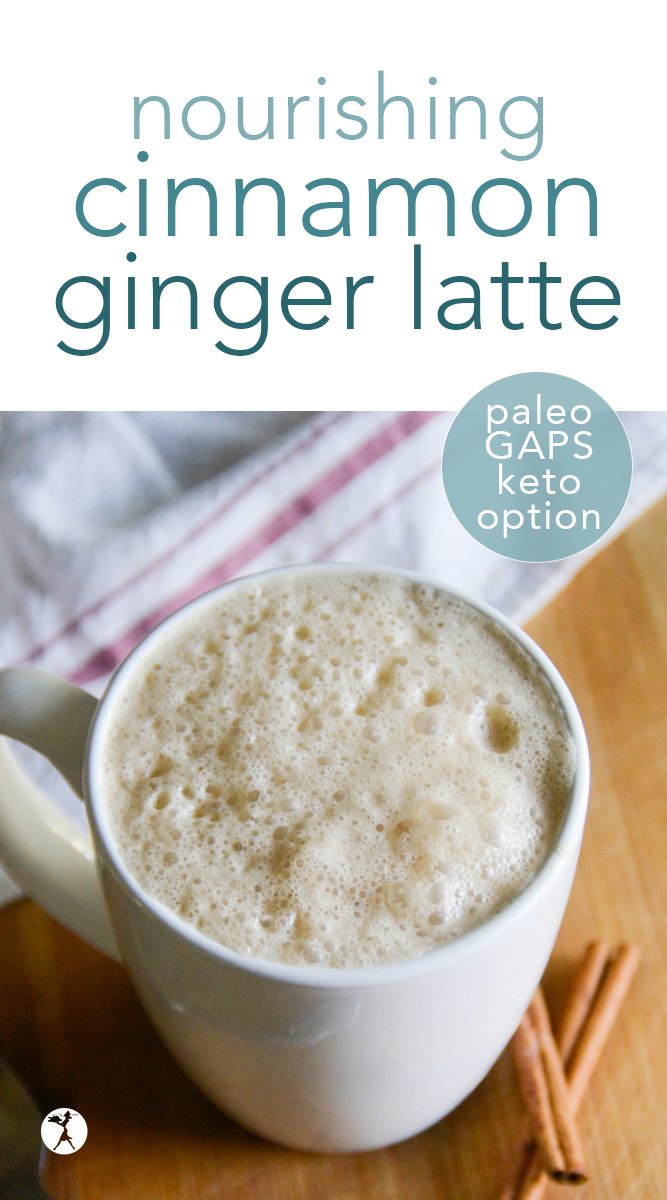 Even though I live in the south, chilly mornings to still abound during the winter months. And by chilly, I mean it can actually get below 40 degrees. For like, 2 hours. It’s a rough life, I know. But on those rare chilly days, I really crave something warm to nourish my body and heat me up.

Now, usually I turn to drinks like golden milk or hot cocoa, but ever since my go-getter youngest started walking at 7 months old, I’ve been feeling the need for a little caffeine. So I’ve started drinking coffee.

Yes, you read that right. I’m finally a real adult. 😉 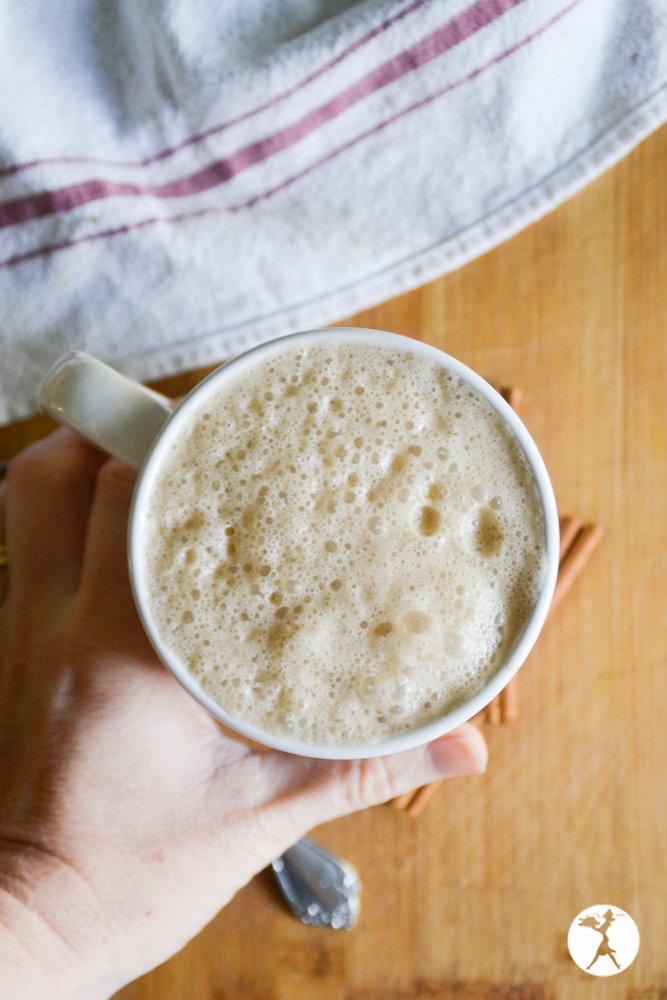 Though I have a few regulars in my coffee drink rotation, this cinnamon ginger latte is a favorite. Not only is it delicious, it has the added heat of warming spices cinnamon and ginger. Not that they are hot in and of themselves, but they provide heat to your body.

I love to use organic Ceylon cinnamon from Frontier Herbs for this recipe. It’s simply the best cinnamon I’ve ever tasted and it smells out of this world! Ceylon cinnamon is much milder and sweeter than cassia cinnamon, but they both work equally deliciously in this recipe.

Cinnamon is a nutritional powerhouse and a powerful anti-bacterial spice. Its antioxidant properties protect cells from oxidative stress and free radicals, making it one of the most effective substances against E–coli, and Salmonella. In choosing your cinnamon, it should be noted that Ceylon cinnamon has higher levels of antioxidants than cassia cinnamon, which is most commonly sold.

For my ginger, I also use Frontier’s organic ground ginger, but again, you can use whatever you have on hand. And if you’re like, “Meh, I really don’t like the way ginger tastes,” let me tell you friend, learn to like it. Why? The anti-inflammatory benefits of ginger rival those of NSAIDs, and ginger not only helps to lower the risk of infections, it also helps break down toxins that have built up in your organs. This is especially important around the chilly months of the year, when everyone and their mom seems to be sniffling and coughing! 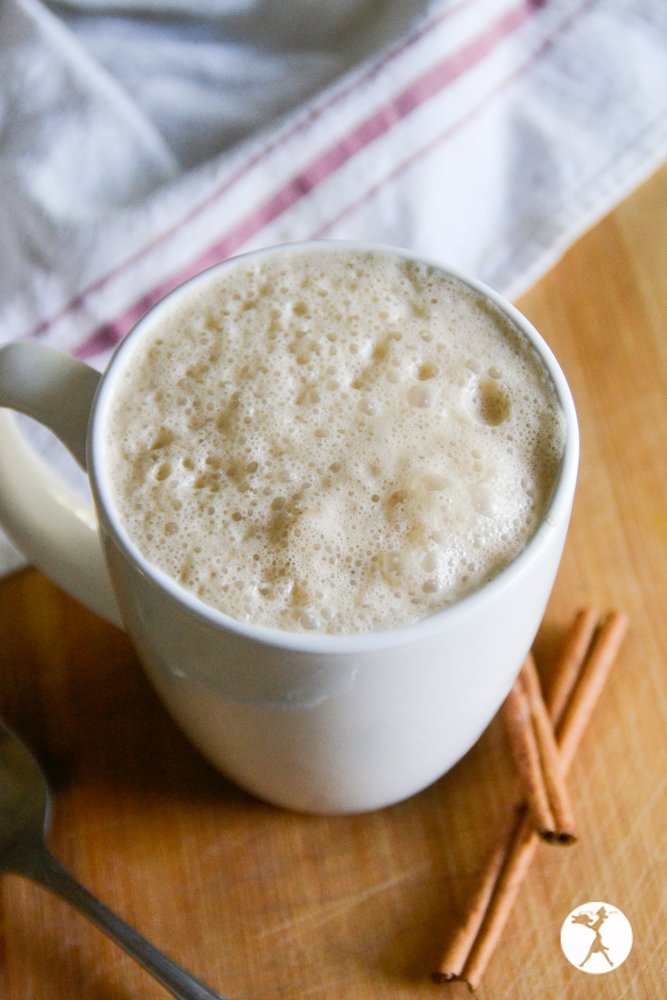 While most of the coffee drinks out there are remarkably unhealthy (I’m lookin’ at you Starbucks) drinking coffee can actually be good for you! Coffee helps produce serotonin, dopamine, and noradrenaline, and triggers brain stem cells to turn in to new neurons.

Some tips on drinking coffee:

For a hot latte:

Place all ingredients in a saucepan and heat until coconut oil is melted.

Pour into a blender and puree until frothy.

Place all ingredients, except coconut oil, in the blender.

Fill a glass half-way with ice and pour the latte over the ice. 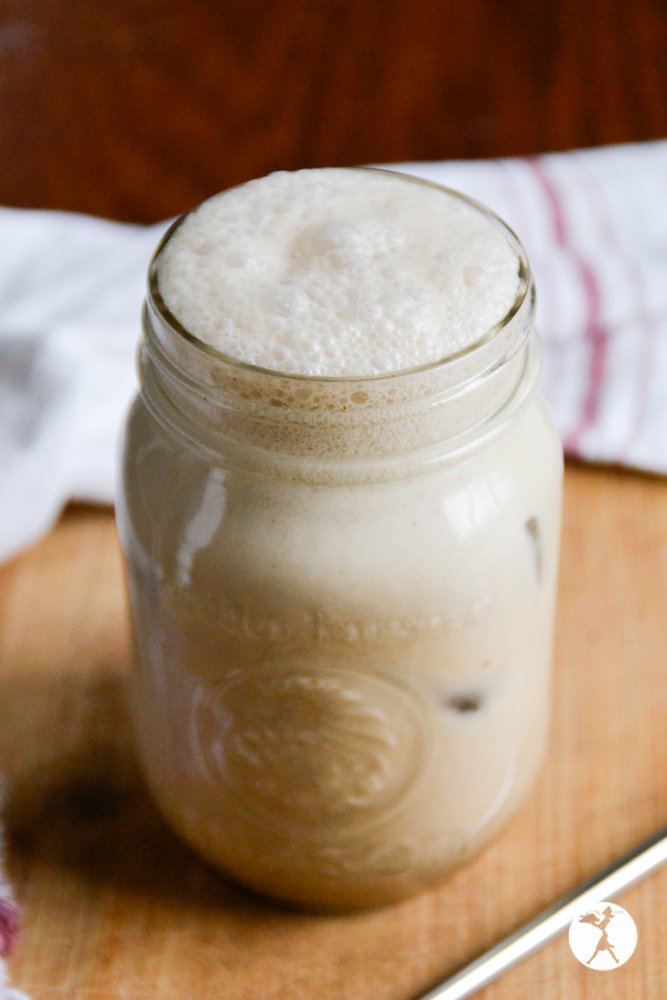 If you enjoyed this cinnamon ginger latte, and you’re looking for more tasty and healthy ways to consume coffee, here are a few of my favorite coffee recipes. Some drinks, some not drinks, all delicious! 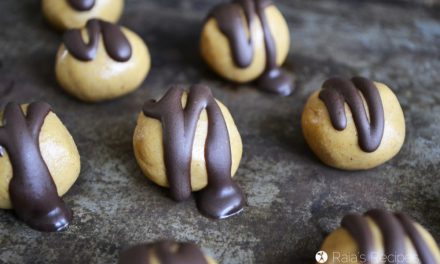 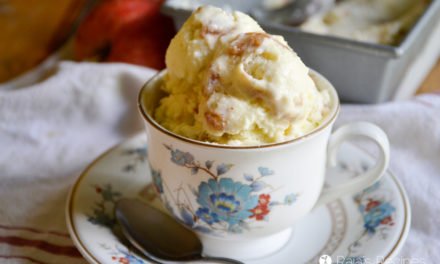 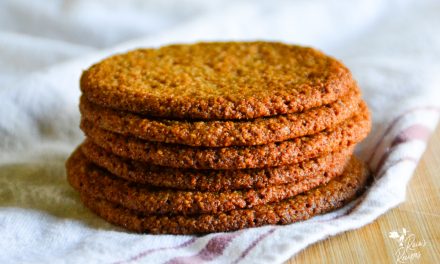 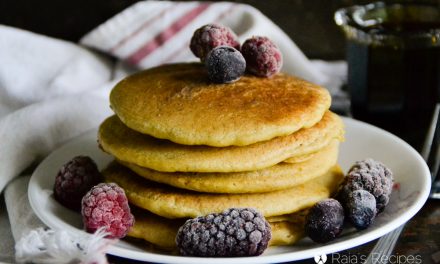