With no refined sugars, this honey-sweetened cinnamon nutella is a great, healthy option for spreading on toast, waffles, apples… whatever! 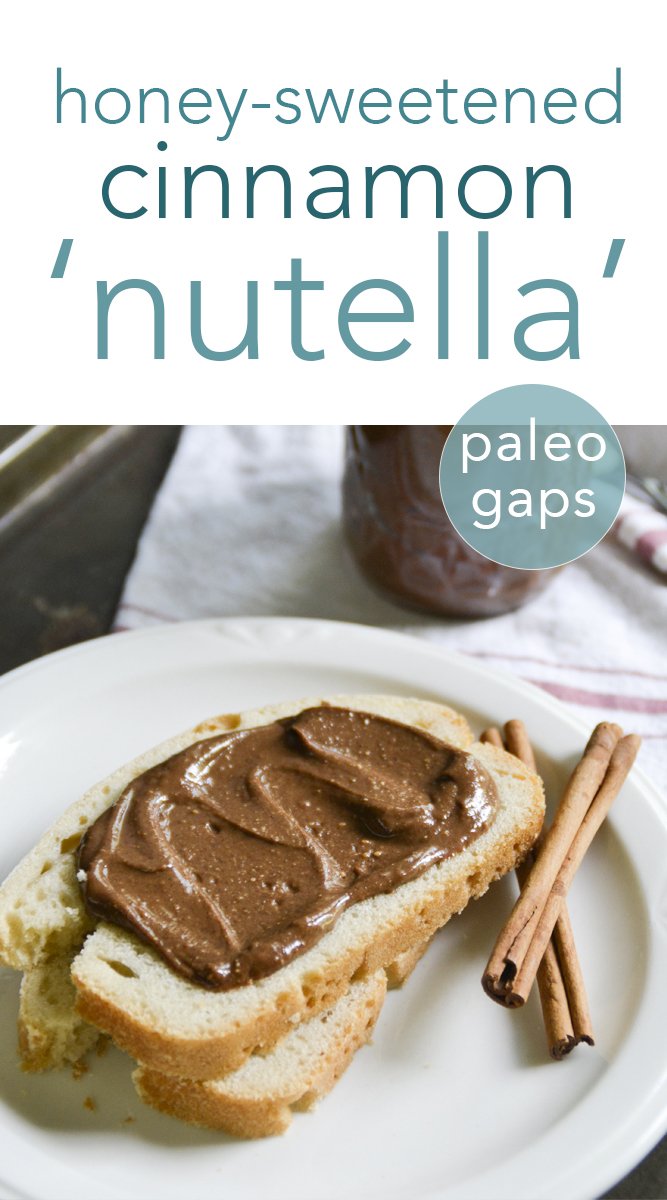 This recipe is an update/redo of my cinnamon peanutella post that I shared forever ago (5 years, sheesh!). Just in case you were looking for that recipe and came here. Which you probably weren’t, but I thought I’d share that with y’all anyway… You’re welcome.

At the risk of sounding like I grew up in a cave, I’m gonna admit that I never had nutella until college. I grew up with a mom who was crunchy before it was cool and honestly, I don’t think I even knew what nutella was until the end of high school!

My first taste came during my college internship. I was a camp cook in Siberia along with a German missionary, and according to her it was a normal breakfast food in Germany. I’ve never been to Germany at breakfast time, so I’m taking her word for it.

After our introduction, I enjoyed nutella and its Russian substitute (жaр-птицa) frequently. But since cutting refined sugars out of my life, it’s been a no-no in my house. So I needed a healthier option to feed myself.

I know, I know, there are toooons of homemade nutella recipes around on the web, so why make another one? Mostly because I can’t follow recipes. And also because most of them either call for hazelnuts or almonds, both of which are not usually in the budget.

But peanut butter is…. 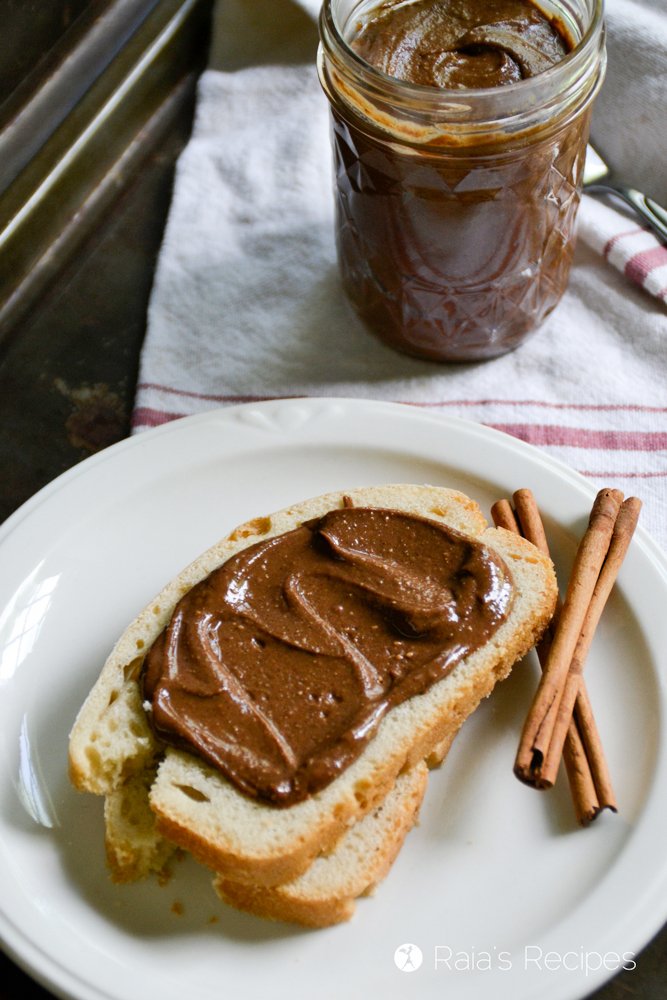 Since the GAPS diet, organic peanut butter has come to have a huge place in my life. A little too huge of a place, if you know what I mean. So I’ve been trying to cut back on my peanut butter consumption, limiting it to smoothies and this honey-sweetened cinnamon nutella.

It’s my favorite nap-time indulgence. Simple to mix up, and easy to make just a little of, so I can polish off a batch before any of my kids discover me. Er, so that I can work on my portion control. You moms know what I mean.

Every now and again, though, I’m forced to complete an exercise in sharing. Especially since my oldest has learned exactly when to sneak into the kitchen… The above is a suuuuper old photo (5 years old!) of her sneaking in while I was enjoying my “nutella” reprieve. Please note that her face proves my sharing abilities.

Like I said, this treat is super simple to whip up. Though I usually eat it with a spoon, you can spread it on breads, bagels, waffles, pancakes, use it as a frosting on brownies, or even freeze it for fudge. And it perfectly satisfies that nutella craving.

If you’re allergic to peanuts, or paleo and don’t think peanuts should be consumed, feel free to use almond butter, hazelnut butter (to make it more authentic), or whatever nut butter you love! If you don’t like cinnamon, you can leave that out, too, but I think it adds a nice warmth to the spread. I suppose you could use maple syrup as the sweetener, if you want. I haven’t tried it, though, ’cause I never have it around. 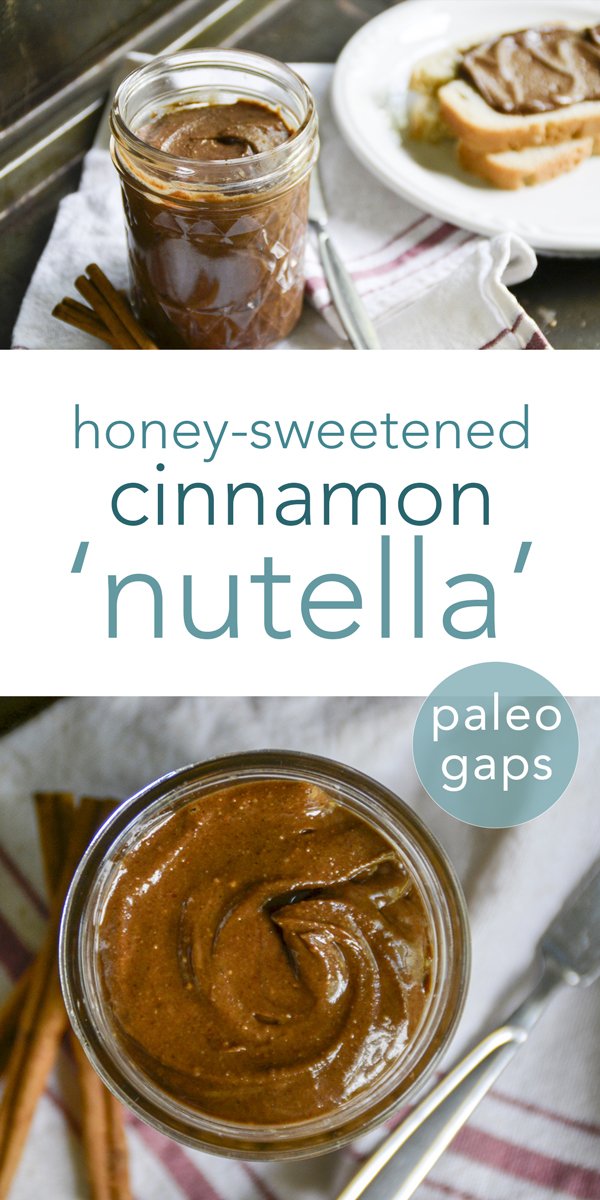 Mix everything together in bowl. I just use a spoon to mix, but you could use a food processor if you’d like it super smooth.

Eat as is on said spoon, or spread on toast, pancakes, etc.

Refrigerate leftovers… if there are any. 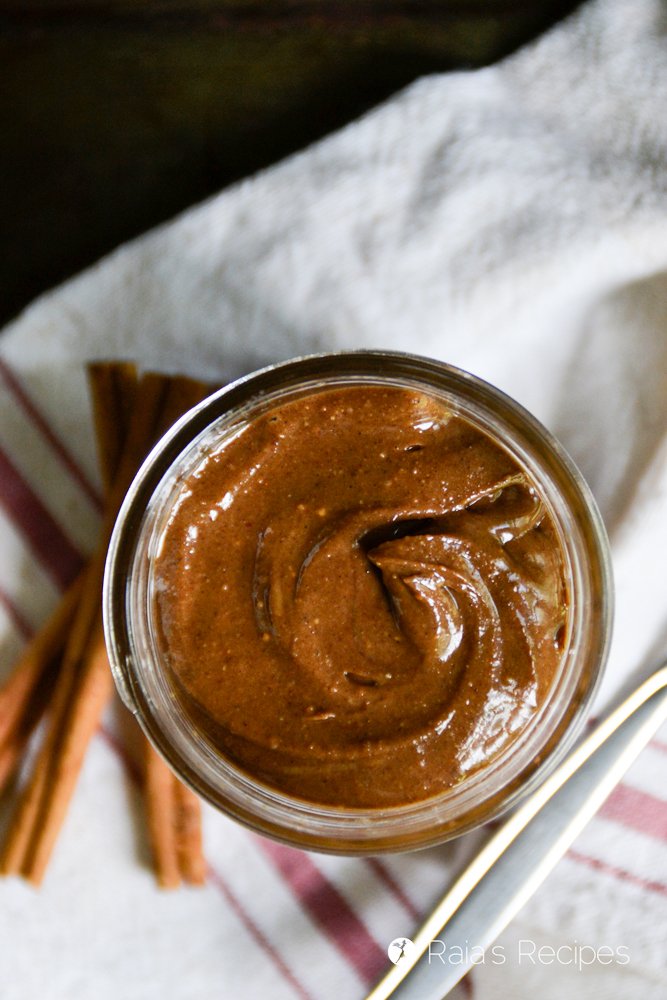 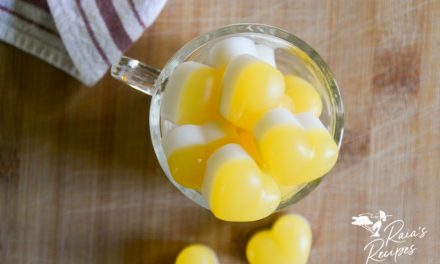 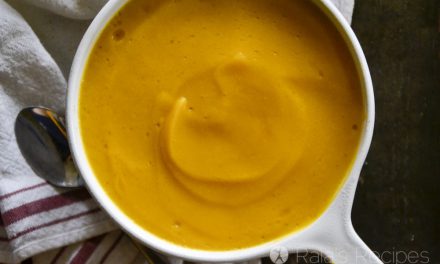 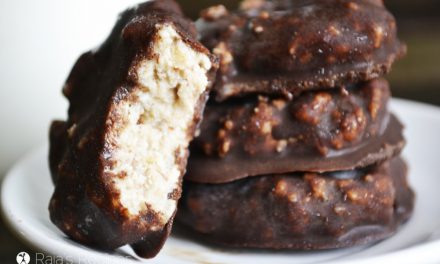