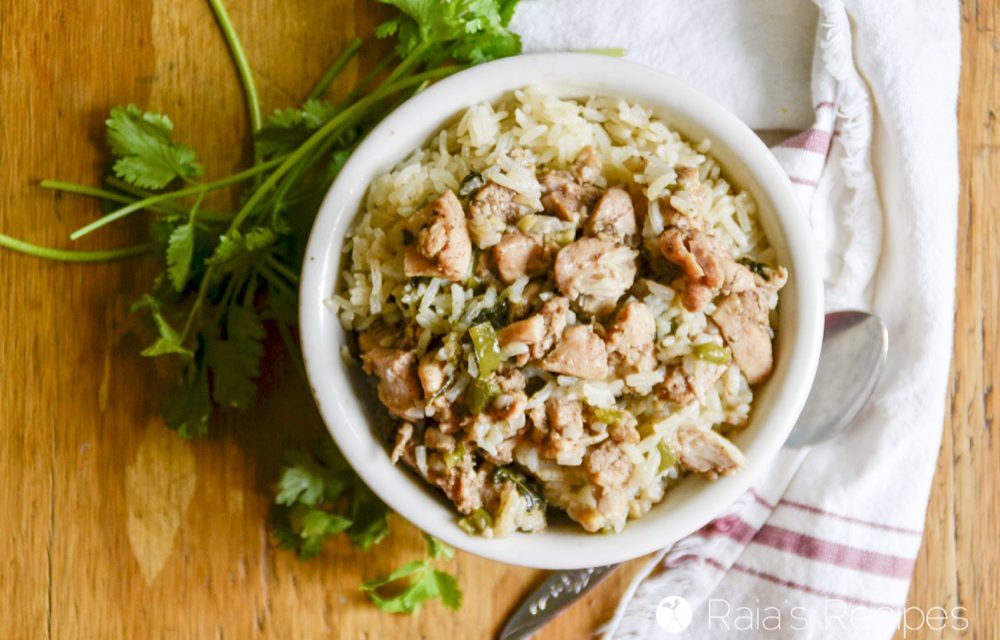 You don’t have to spend time over a hot stove to enjoy this easy gluten-free Chicken Biryani. It’s bursting with real-food flavor – straight from your Instant Pot! 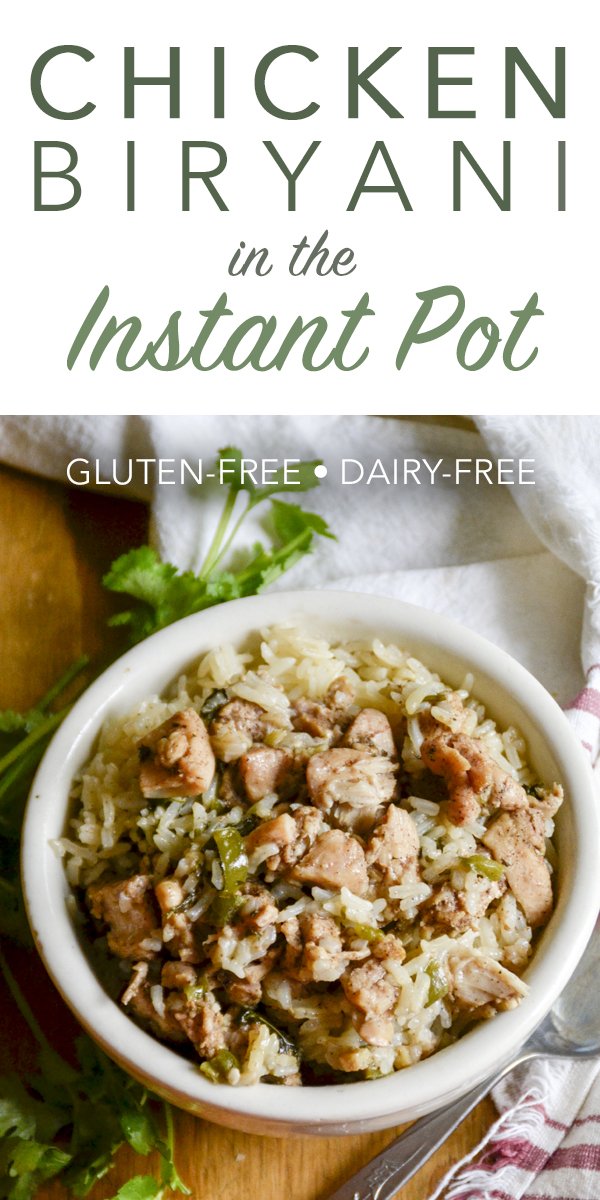 Would it surprise you if I said that normal American food is not my favorite. Aside from biscuits & gravy, fried chicken, and anything from Louisiana, it’s all just kinda… blah. Of course that has as much to do with the cook as anything, so I can’t complain too much without sounding silly. But seriously, if I had my choice as to which ethnic cuisine I could eat, American wouldn’t be it.

Name another cuisine, I probably love it. Middle Eastern food, Chinese food (real Chinese food, mind you, not American Chinese food), Thai food, African foods, most hispanic foods, German… chocolate. Haha. I like British foods and Irish food and Russian foods, too. And if you can’t tell by the title of this recipe, I love Indian food! 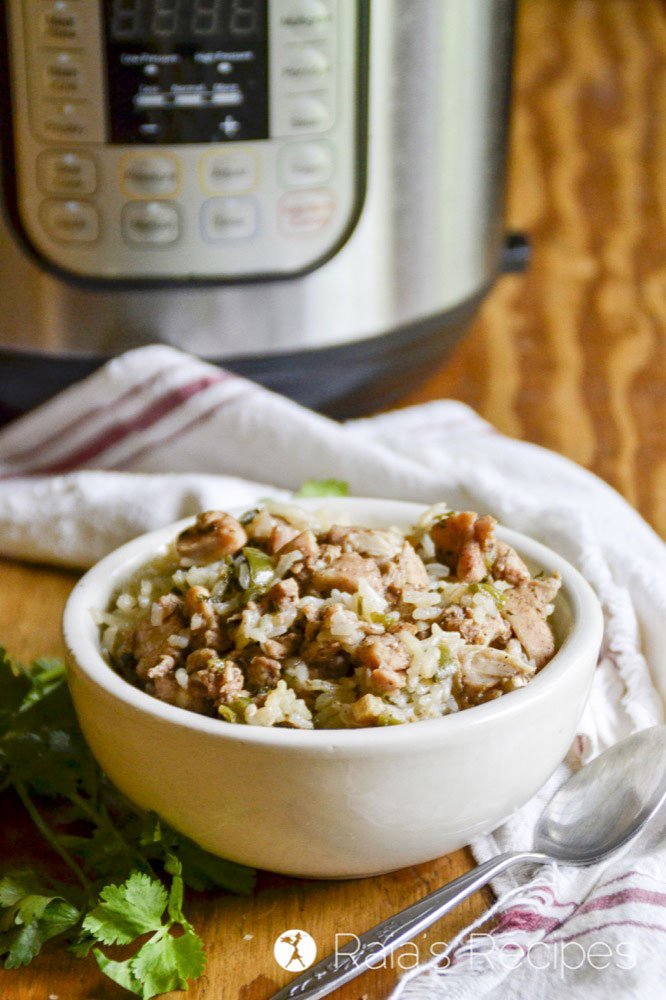 When I was 4 months pregnant with my fourth child, my husband and two of our friends took off on a month-long trip to Chennai, India. To say I was jealous was an understatement. Not that I really wanted to be in all their intense heat with pregnant… but the food! My husband, who is not the world’s most adventurous eater, was going to be getting all the good food while I only dreamt about it.

Needless to say, when he returned home it took him months before he wanted to eat anything spicy or with rice in it again. But I made curry anyway. ‘Cause I’m that kind of caring person.

Now that we’re almost 5 years out from that experience, he’s much more open to retrying Indian food. So I’ve been gradually trying to add recipes into our meal plan. Idli here, curry there, and a little lassi too. And my very favorite and not-so authentic Buttered Chai Hot Chocolate. 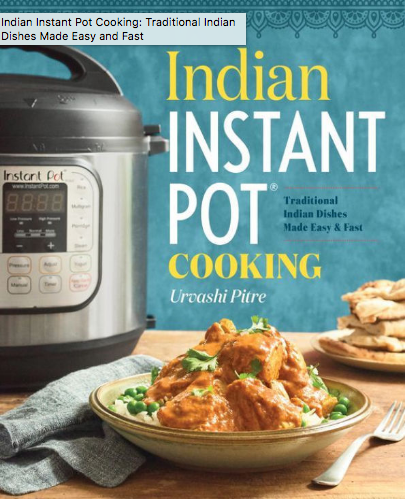 When I saw that Urvashi from Two Sleevers was looking for reviewers for her new cookbook – Indian Instant Pot Cooking: Traditional Indian Dish Made Easy & Fast – I jumped at the chance! Indian food AND the Instant Pot! Two of my favorite things in one book. You can’t get much better than that, my friends.

Her cookbook is full of authentic, easy and delicious Indian recipes – all made in your Instant Pot. And all gluten-free. Even with all the mouthwatering choices, I quickly settled on the Chicken Biryani recipe to try out on my unsuspecting family.

When I nonchalantly asked my hubby if he remembered having chicken biryani in India he replied, “Mm… yeah, I think I remember liking that one.” I knew I was safe, then. 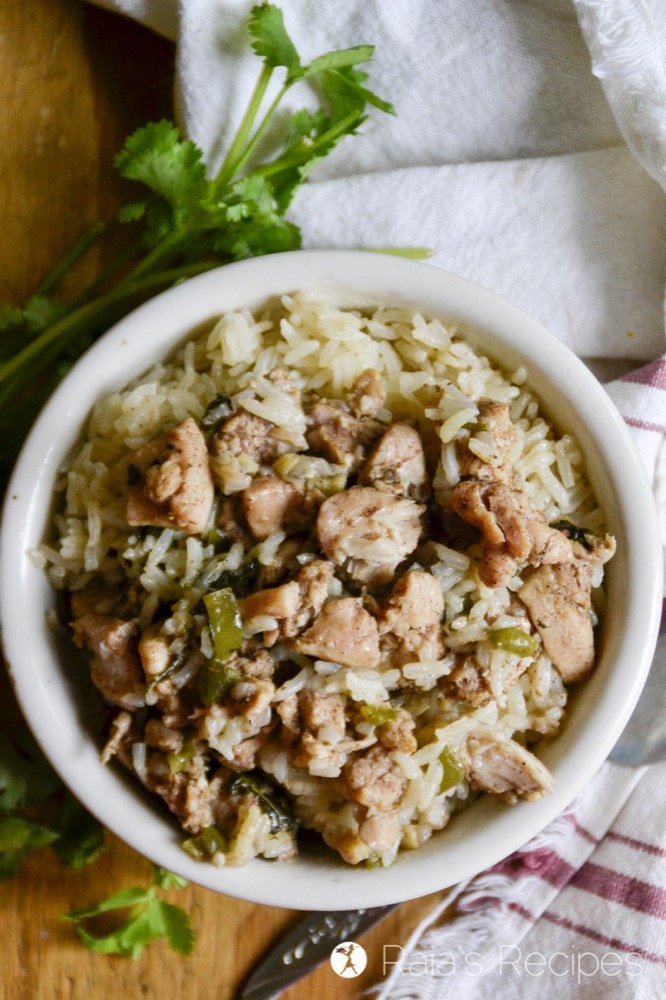 True to the title of Urvashi’s book, and all I know about the Instant Pot, this recipe was super easy and very fast. I made only a few minor adjustments, which didn’t take away from the recipe at all.

First off, I doubled the chicken and rice. I’ve got 5 kids, and 1 pound of chicken and 1 cup of rice is more like a snack for them. Haha! I also only used 1 pepper, ’cause I knew two of them would pick it out and I didn’t want to deal with that. Other than that, the only things I changed were using coconut oil to make it completely dairy-free (ghee is called for), and using a pre-mixed garam masala (Urvashi has a homemade garam masala recipe in her cookbook that I’m determined to try, once I collect all the spices).

And a note on garam masala – if you’ve never used it before, prepare to fall in love. It smells DIVINE. My 10-year old (fellow ethnic cuisine-loving foodie) and I seriously just stood there smelling the spice mix for a while after I opened it. Peppercorns, cumin, cinnamon, cloves, cardamom… You really can’t go wrong with that mix.

I know, I’ve tortured you enough with all this talk about Indian food and chicken biryani. So head on over to Urvashi’s site to check out the recipe, and make sure you stop by and check out her delicious cookbook, too!

Foods from around the globe.

If you’re on the lookout for more delicious ethnic-inspired recipes, give these a try! 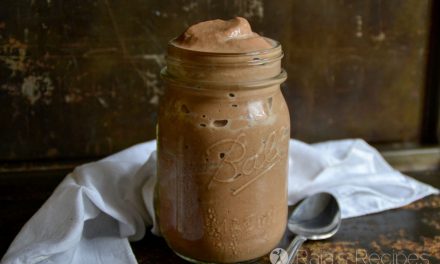 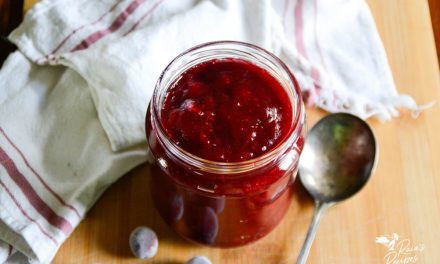 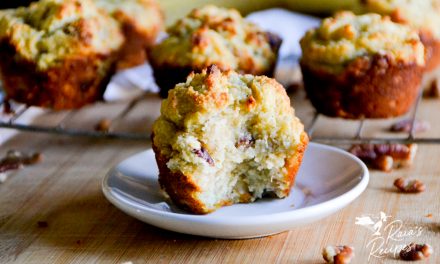 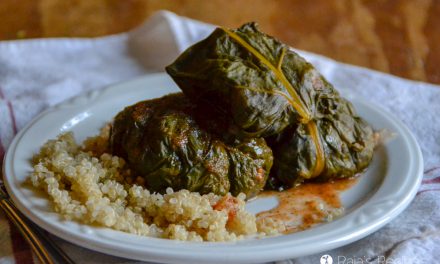