Our Story on the GAPS Intro Diet 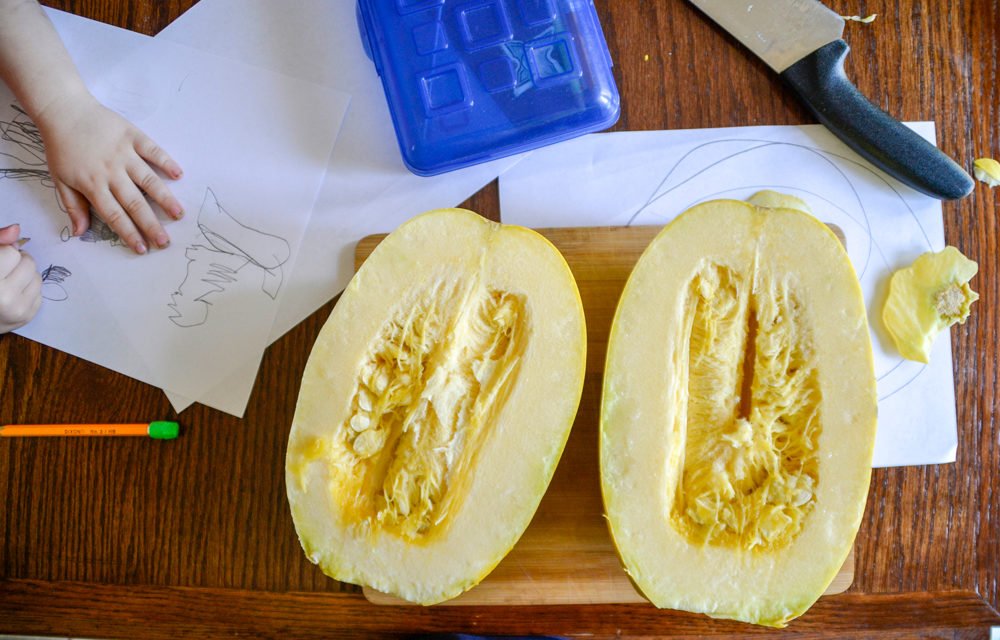 Ever wondered what it would look like to do the GAPS Intro Diet? Well, here is our story – how a family of 6 survived GAPS Intro. 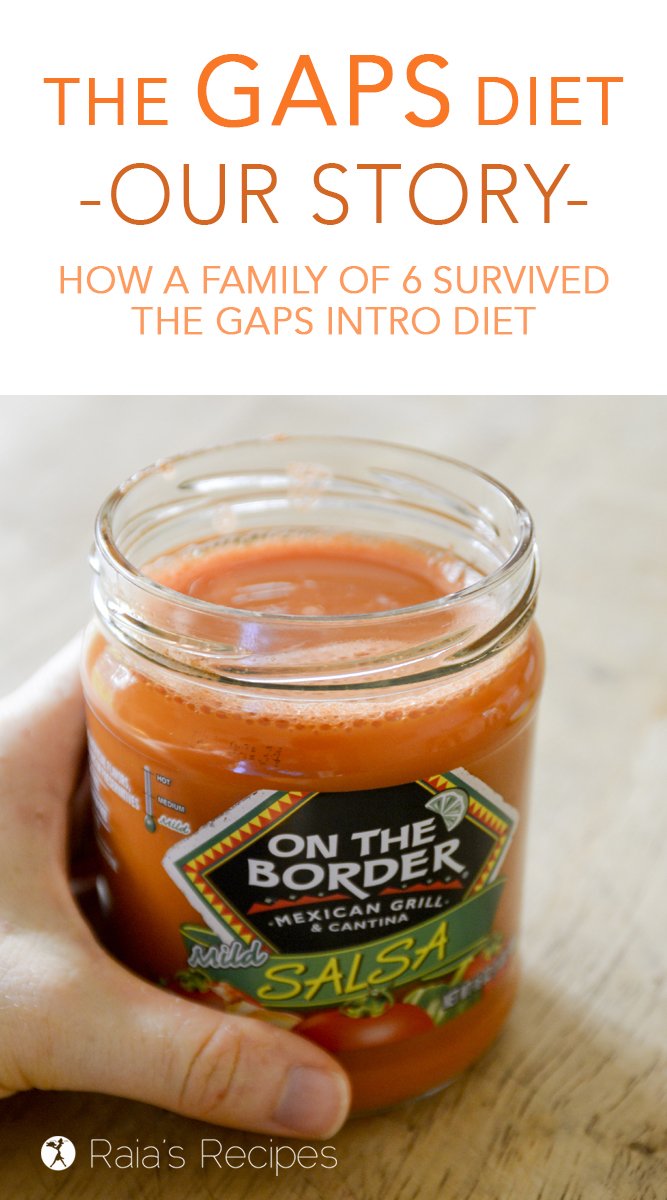 Contents hide
1 Never heard of the GAPS Diet?
2 The Nitty Gritty
3 Our story on the GAPS Intro Diet
4 Wrapping It Up

Never heard of the GAPS Diet?

You might want to check out my introductory posts on it – an intro to the GAPS Diet and an intro to the Intro Diet – before you keep reading. Otherwise you might think I’m completely insane for feeding my family this way for a month… 😉

The first part of the GAPS Diet – the Intro – comes in 6 stages. The purpose of the first stage is to starve out the bad bacteria that have been residing in your gut. After that, you slowly add in foods that will replenish your gut with healthy bacteria.

Even though we were on the Intro Diet for almost a month, I’m only sharing up to the beginning of Stage 6, because it’s pretty easy from there on out. I’m including my journal notes on our detox process in italics, for those of you interested in the gory details. :p Since there is so much in this post, I’m sharing the recipes in a separate one.
Enjoy….. 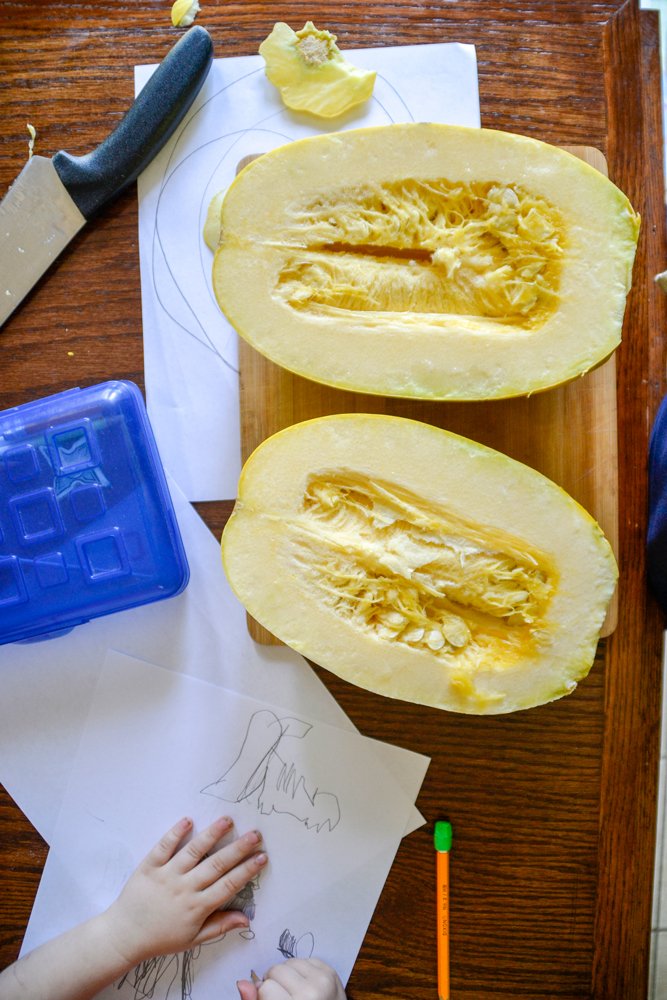 Our story on the GAPS Intro Diet

Night before Day 1, I put whole frozen chicken in the crockpot on low, with salt and pepper. This chicken lasted us a couple days, and I kept the crockpot full of bones, replenishing it with water every time I used broth from it.
Day 1
Breakfast – broth from the crockpot chicken, water kefir, water
1 year old wouldn’t eat breakfast.
Lunch & Dinner – the same chicken, carrot & onion soup, cups of broth, ginger tea
5 & 3 year olds wouldn’t eat lunch.
Snack – cups of broth, kids – raisins, me – pumpkin custard made from pumpkin and gelatin
Hubs & 6 year old felt great all day – ate everything. I am SO hungry ALL THE TIME, ate about 7x more than everybody else.
Day 2 (still using the same chicken from day 1)
I woke up fine, but after about 1/2 hour I felt extremely shaky, was fine after eating.
Breakfast –  broth, water (kids – banana)
6 year old woke up sick about 4AM, started throwing up at 6, and has been generally lethargic all day, she drank lots of ginger tea, had some jello, nothing else, then took a really long nap.
Lunch – chicken, carrot & onion soup, broth, ginger tea
3 year old took a normal nap (which is not normal – haha), SUPER whiny. 5 year old – fine, took a long nap, pretty happy. 1 year old finally drank a cup of broth after I put coconut oil in it, also ate coconut oil, jello, and a banana, woke up from her nap happy instead of screaming (yay!).
Dinner – leftover roast beef that I found in the freezer and boiled carrots with salt
Snack – water kefir & honey jello, coconut oil mixed with honey, cinnamon & ginger, broth, and pumpkin custard
After eating coconut oil/honey snack I felt really phlegmy/stuffy.
Day 3
6 year old threw up again, drank a little water.
Breakfast – water kefir, broth, ginger tea
5, 3 & 1 year olds ate 1/2 a banana. 3 year old threw a huge fit about his broth, but once he drank it, his attitude was so much better.
Lunch – boiled chicken, broth, ginger tea, water kefir jello, and sauerkraut juice
6 year old had to start off on the jello, but after she ate a few pieces and some chicken dipped in broth she was much more active. 1 year old was the only kid who took a nap, she woke up happy again, only has nursed 1x since 6am (she’d been wanting to nurse constantly).
Snack – coconut oil, honey kefir jello, cold boiled carrots
My throat burned after eating straight coconut oil, then I had to go to the bathroom (BM) right away.
Dinner – ham (it’s not legal, but it was all we had), boiled spinach, water kefir jello
Having lots of hot flashes!!!
Day 4
Tested for ghee. My ears have been hurting since last night… they keep getting worse, it seems, along with nasal congestion, could be die-off, could be coconut, also my gums on the left side are sore.
Breakfast – water, broth, water kefir jello
5 year old threw up after drinking water, she seems fine after eating, though.
Snack – coconut butter fudge (yum!)
Lunch – ham boiled in chicken broth with applesauce
6 year old hasn’t thrown up today! Yay! Ears still hurting off and on.
Dinner – beef, onion & carrot “stew”
5 year old finally ate meat & carrots. 3 year old ate meat, carrots & most of the broth. 5 year old ate the meat. Baby ate meat & onions. No longer need to eat every 1/2-1 hour, yay! 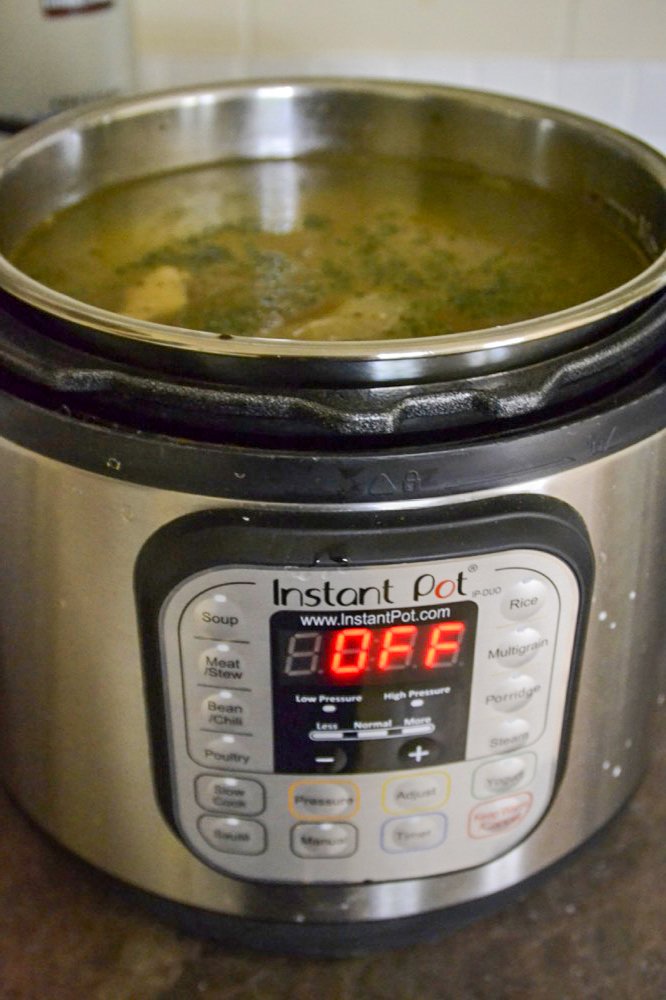 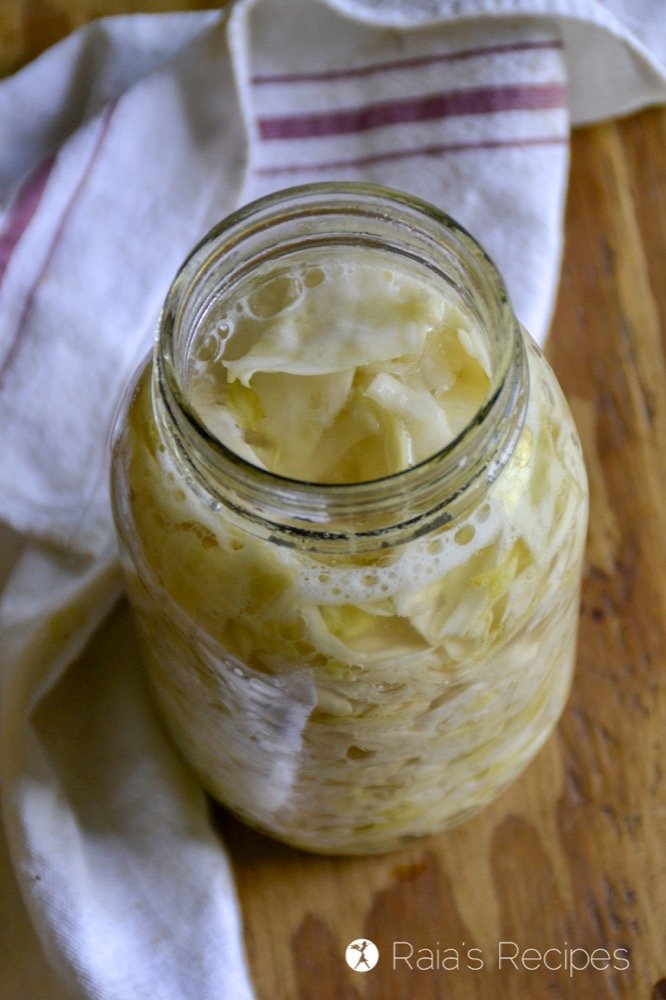 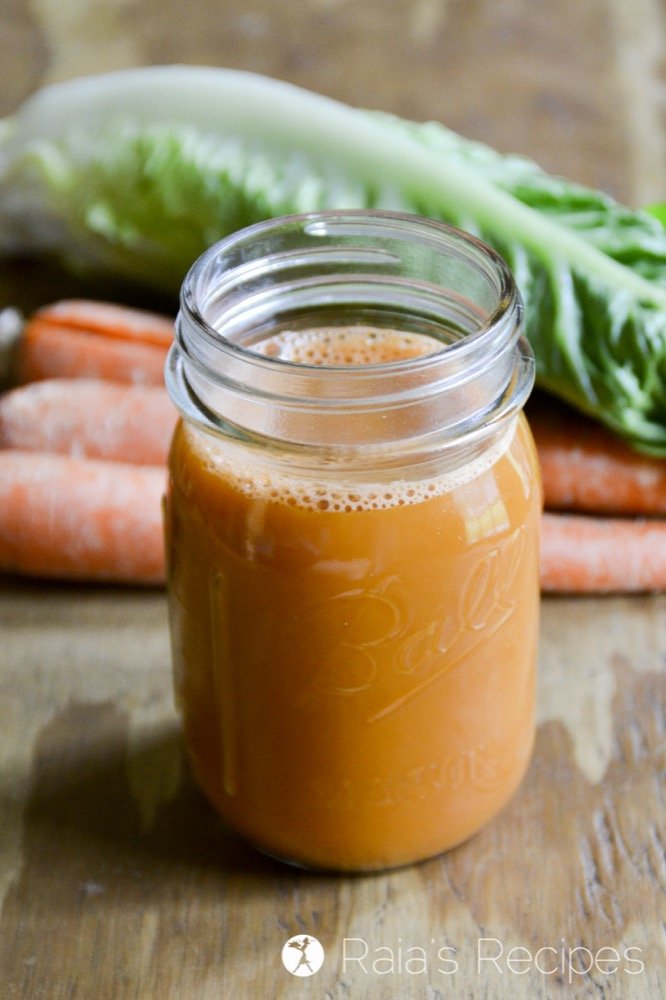 How to Make Juice Without A Juicer

As you can see from my notes, at the beginning stages my two oldest went through some serious detox. My 5 year old was so bad we contemplated taking her to the ER. After much prayer and research, though, we realized she was going through excessive ketosis, and what she actually needed was to eat a bit of carbs to even her out (she’s pretty tiny).

About halfway through the Intro I discovered I couldn’t handle chicken. This wasn’t a huge shock, seeing as both my parents are intolerant to it, but it was rather disappointing. After backing off it for a couple weeks, though, I didn’t have any further issues. Coconut oil also caused quite a bit of die-off for me (which is very common when you’re downing a lot of coconut oil – it’s very detoxifying), but I was completely fine with it by the end of the Intro. As far as the dairy goes, even now (5 months later), I still break out in eczema all over my hands after eating too much of it! I’m still trying to decide whether or not it’s worth it…
My 3 year old now hates soup. Haha. 🙂 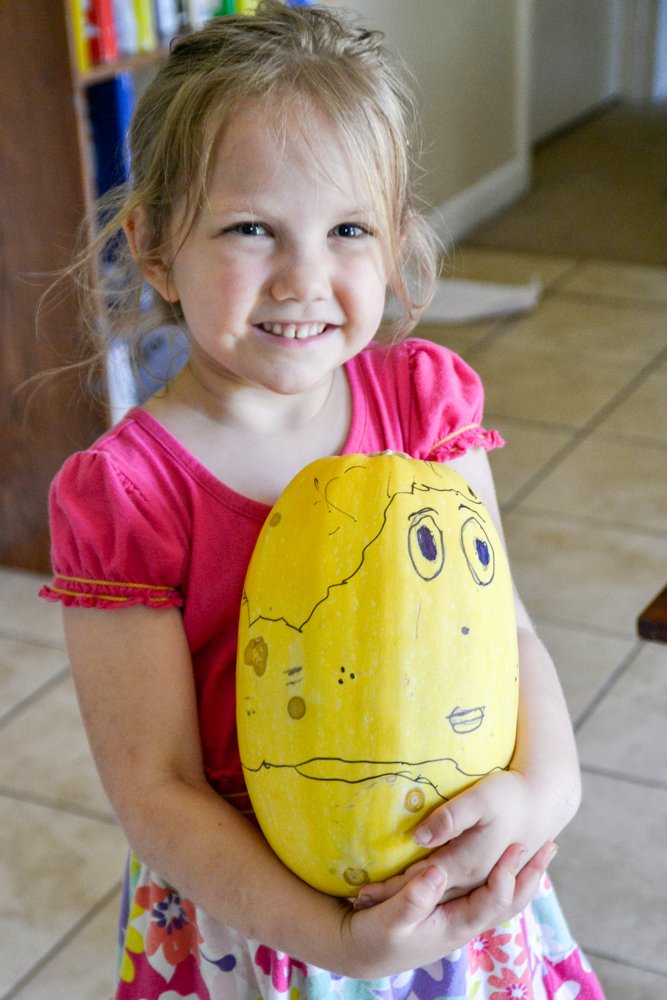 The most exciting part about the Intro Diet BY FAR is all the amazing things I can eat now that my gut has healed (even if the healing’s still not complete). Before going on GAPS, my list of food intolerances was quite extensive. Quite. I won’t bore you with the extensiveness of it, but I will give you a peek at some of the things I used to be intolerant to that I am now eating without reaction:

In case you’re wondering, I’m still gluten intolerant… but I wasn’t expecting to get rid of that, seeing as celiac runs in my family. Coincidentally, my oldest has realized, through the diet, that she is gluten intolerant, as well. She’s handling it very well, though.

How my 5 year old has healed.

I also saw vast improvements in my kids. All of them have had nasty cradle cap since infancy, which I had tried multiple times to get rid of naturally, to no avail. Only a week or so after starting the Intro Diet, it began falling off all by itself! I was pretty excited!

After her bout with ketosis, my husband and I were AMAZED to see our 5 year old (who struggles with SPD) eating and enjoying foods she wouldn’t have even touched before! She also no longer needs to sleep with weighted blankets, or has issues with wearing long sleeved shirts and socks. Her intense OCD is greatly diminished (we’ve seriously compared her to Monk many times!), and her ability to do math and writing without “decorating” her page has improved, as well. She also no longer needs to run down the isles of the grocery store hugging the bagged products (like marshmallows). 😉 For those of you parents who have kids with sensory processing issues, you know how big these things are!

Before the Intro Diet, my 1 year old couldn’t handle dairy, carrots, or potatoes. Now she can have them without a problem.

How my husband has healed.

As for my husband, who “didn’t have any allergies,” he’s been able to actually tell when his body is reacting to something. A few weeks after going Full GAPS, he started having severe gall bladder pain. It got to the point where he couldn’t eat anything without cramping. On his own he researched and went through with a gall bladder cleanse, which cleaned up the issue quite well. 😉 This might seem to be a strange thing to include under the “healing” banner, but trust me, him taking the initiative on the cleanse and realizing (finally!) how bad eating Raman noodles and Subway was for him, is HUGE! 😉

DID YOU FIND our story on THE INTRO DIET HELPFUL? 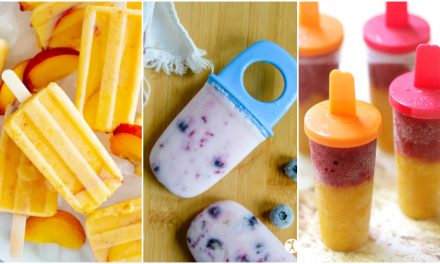 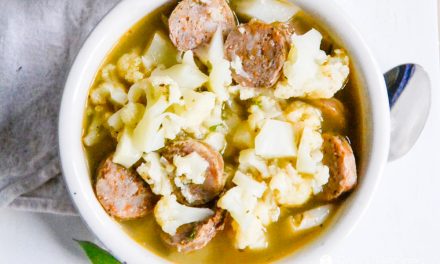 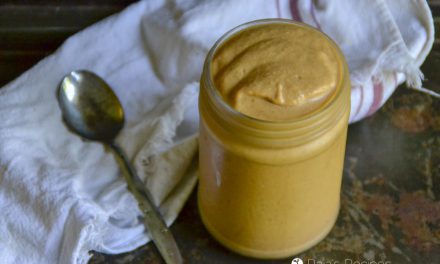